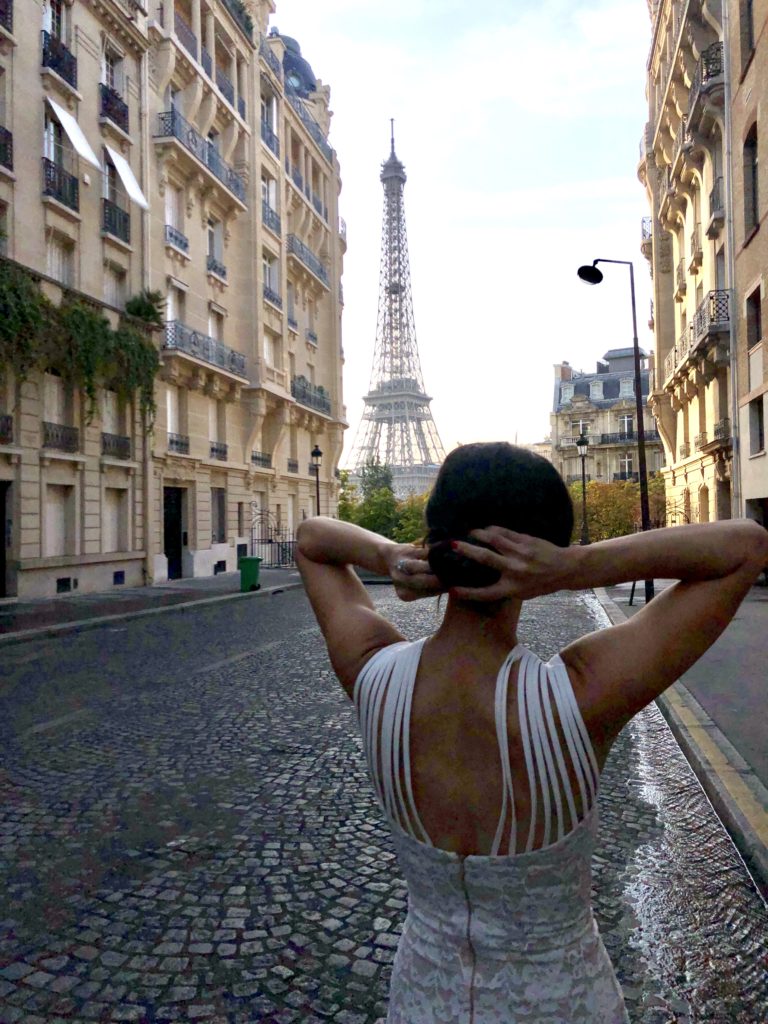 This has been a common question in my message inbox, for weeks now. Chris and I planned our Europe trip together, a la carte! No travel agents, no services, just us researching our little hearts out. Because Chris had never been to Europe, Paris was a no brainer. I HAD to go back to the French Riviera because it is literally my favorite place in the world. Cannes was a natural choice because I promised myself I would stay at the Majestic Hotel someday. Saint Tropez was always alluring and a total dream so we had to stop there, and Positano just looked so beautiful in photos (plus close to France) that we added that to the list too.

I started planning our trip about 4-5 months in advance. I researched airlines for hours and found that in the summer the prices are NUTS. It is what it is. I initially wanted to fly into Paris and out of another city, but the one way flights were so much more expensive.

We chose Norwegian Air because they had premium economy seats for a (semi) reasonable price AND their seat comfort had better reviews than many other airlines’ premium or business class seats. Our experience boarding out of LAX was not great, but I don’t really think it was related to the airline itself, because on the way home it was easy.

Pro Tip** Something to keep in mind- the Premium Economy seats DO NOT include lounge access. You have to buy a Premium Flex ticket to have access into the lounge (which we did on the way home).

We knew taking the train was an option within Europe, but still chose to fly between areas that we were traveling. Chris and I’s traveling style doesn’t ever include us being too busy. We like multiple days in a single location, to get to know the area and do all the things we desire PLUS relax.

All of the car services we used were booked through the concierge of each hotel, and it served us well. It may have been more expensive than an Uber, but the cars were nice, the drivers spoke English, and we had a reliable pick up.

I also liked using the Sixt app, although that may require you to have cell service so the drivers can communicate with you. We used this for certain day trips (like Cannes to Monaco).

Back to flights… obviously traveling by plane requires a bit of planning with luggage. This was a challenge, but we are seasoned pros now! Check each airline’s restrictions at least 48 hours before your flight. If you need to purchase extra baggage it’s cheaper to do it online, then at the airport. There are weight restrictions on Norwegian for carry on too. They make you weigh everything. The more expensive the ticket, the more allowance you get. 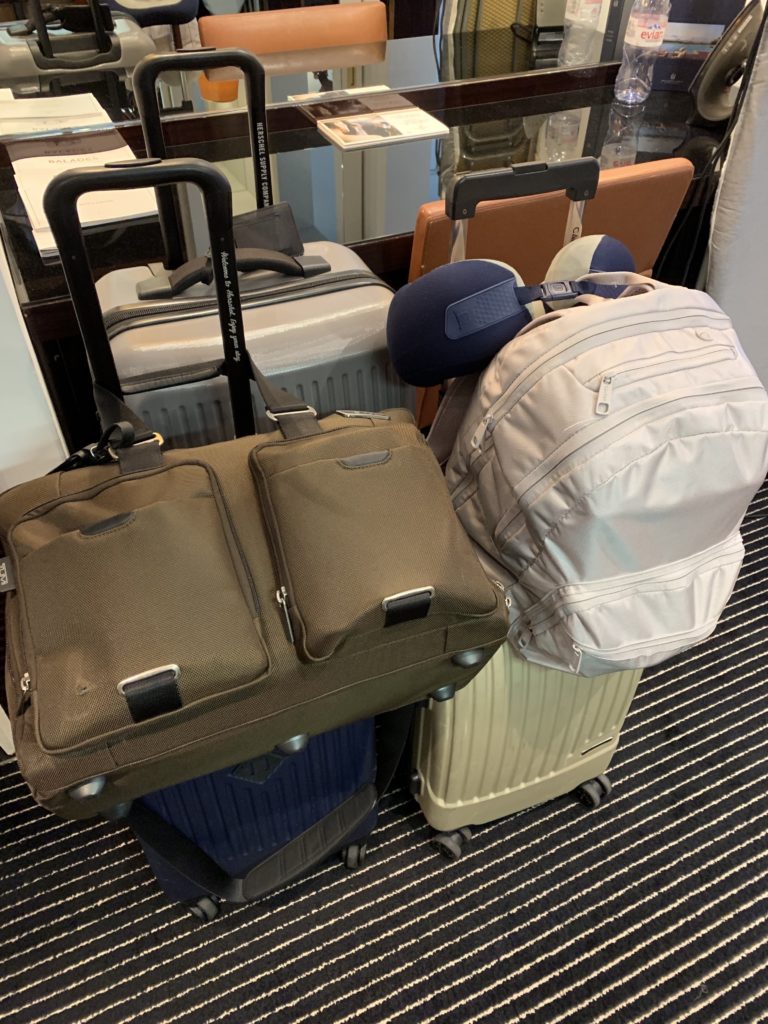 You probably saw in my last blog post, that we had a lot of luggage. It was a learning experience. We were maxed out by the end of the trip and had to pay 12 euros per kg that we were over in one of the checked bags. I’m still trying to let it go! 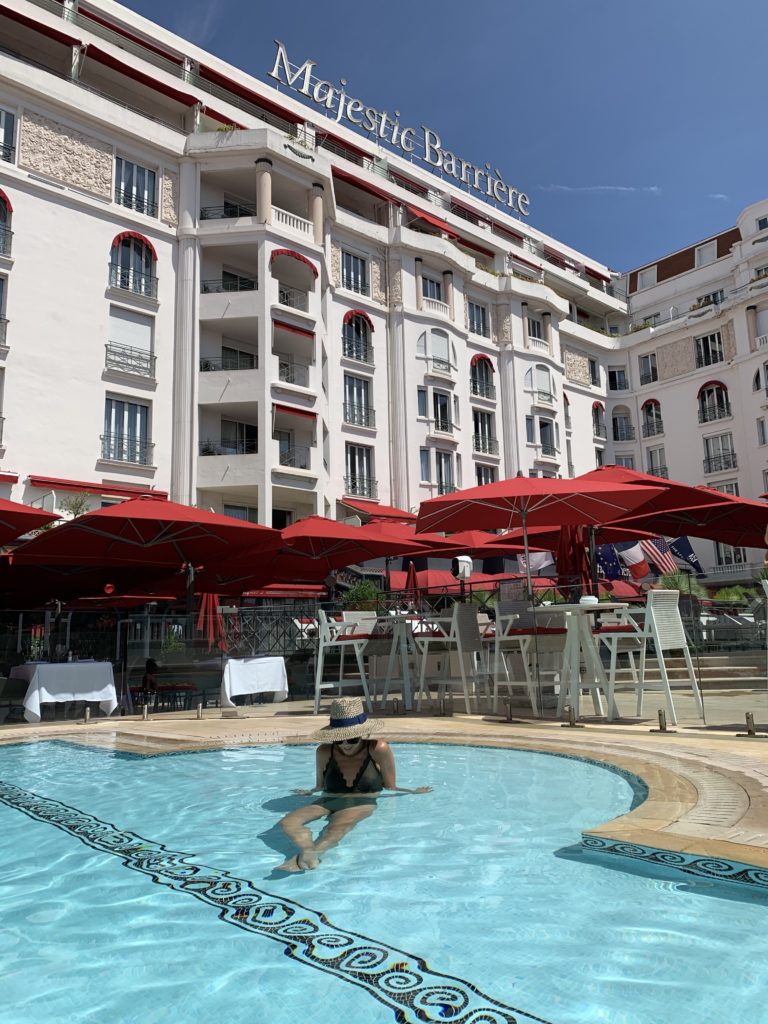 We chose to skip the Air bnbs, and stay in hotels only. I have stayed in Air bnb locations in Europe in the past, and it has been hit or miss. We chose hotels based on how much time we’d be spending there, because of course we didn’t want to pay a ton of money for a place where we’d just be sleeping. I would say Paris (especially if you’re doing tons of tourist activities) is a location where you can save on a hotel. The Westin was very affordable and in a fabulous location, but we were hardly there so were very thankful we spent the least on this hotel.

When we traveled to Cannes, we knew we wanted luxury and would be tired from the heat and tours in Paris. Hotel Barrière Majestic was just on another level, probably the nicest hotel I have ever seen. We spent a lot of time at the hotel here because they had so much to offer. In St. Tropez we wanted something quiet and away from the bustle of town, but that also offered transportation to town and the beaches. Hotel Sezz was uber modern but also quiet and comfortable.

Pro Tip** If you feel a bed is too firm or uncomfortable, ask the front desk for a mattress pad. I encountered this twice in Europe and the mattress pad really helped.

In Nice we chose a hotel close to the airport, Radisson Blu, and it happened to have a great view of the sea. In Positano, we wanted something comfortable (I mean… you’re huffing and puffing up and down aggressive hills all day), and close to the beach (because again, hills). We chose Palazzo Murat and the bed was SO comfortable. The breakfast was included and always offered prosecco, and the concierge was helpful with booking dinner and beach club reservations. Because we had a last minute change in plans and decided to stay in Positano instead of head to Barcelona, we had to find another hotel (Palazzo Murat was sold out) in a pinch. Luckily, we secured a room at Hotel Poseidon, which was pleasant, but to be honest not as nice as the other hotel and much more of a walk down to the beach.

Pro Tip** Double check that your hotels or rentals have air conditioning in the summer. There is NO way I could’ve stayed somewhere without it.

Bottom line, plan ahead, especially in the summer. Consider how tired you might be with flights and cars (especially with how they drive in Europe), and plan your dates accordingly so you don’t end up changing your mind last minute and sacrificing money and comfort. 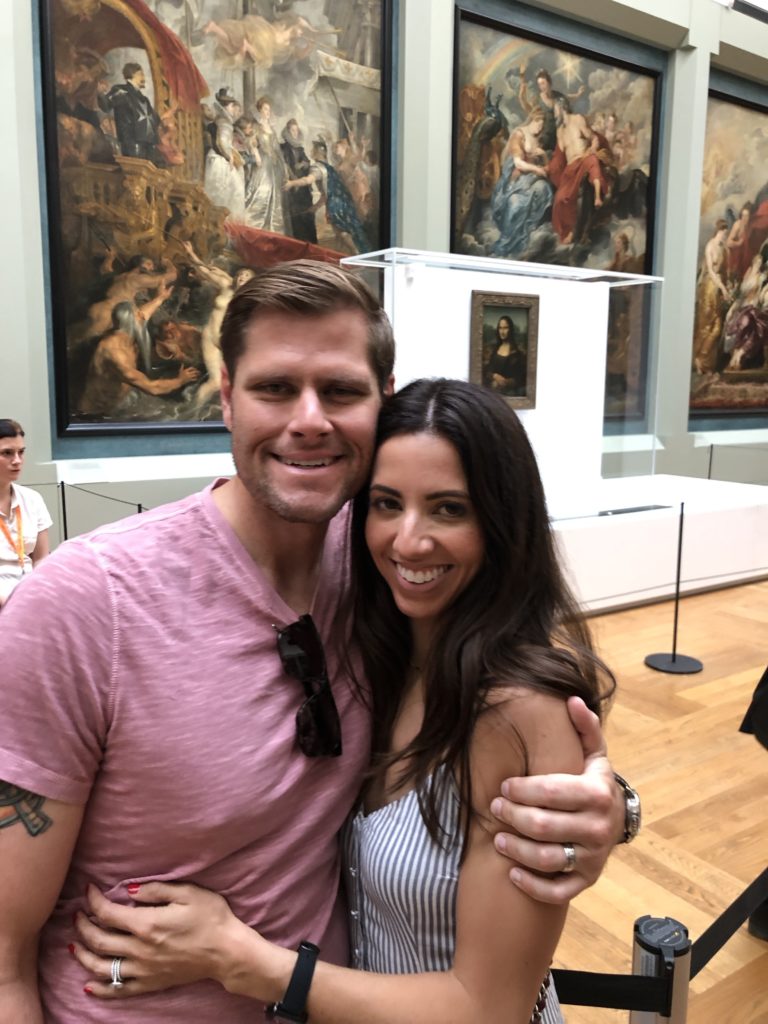 This takes work ya’ll. It took me months of blog reading and researching online to figure out what we wanted to do. Europe (especially Paris) is NOT the time to “wing it”. You can be spontaneous with some things, but the tourist attractions should be planned ahead of time and (IMO) tickets should be purchased before you leave.

I used a simple Word document to map out our plans for each day in each location. I added additional restaurants or places I wanted to see at the bottom, so I could easily look them up while we were there if we had time. If you’re not using your phone service, just have it in an email to yourself and you can pull it up easily when you arrive!

I’ll share mine after my round up of blog posts are all live!

If you’re going to Europe and you don’t shop for something you’ve always dreamed of, what are you even doing?! Kidding… but remember that you are able to get a tax refund on goods that you purchase (over $150). You have to ask for this paperwork in the store, as you purchase. It can be up to 20% back on the price!

My personal preference is to ask for the refund back on my credit card, instead of dealing with cash at the exchange at the airport. This refund will magically pop back onto your credit card statement after you do the paperwork at the airport.

Make sure you know the time limit for refunds for each store. If you’re staying in Europe longer than a month, especially. You have to find a PABLO machine at the airport when traveling home, and scan your VAT forms. It was SUPER easy for us. If it doesn’t go smoothly you may need to deal with a customs’ agent directly, but the process is pretty streamlined these days.

Also keep your eyes peeled for details on the receipts (typically from smaller shops) where it may tell you the refund is only valid in their country. Therefore, if you’re traveling from Naples to Paris and then try to do the refund (from the shop in Italy) in France, they may not allow that.

We chose to do our refunds in the middle of our trip at the Nice airport, because we purchased most of our goods in Paris, and we didn’t want to deal with it at the end of our trip. It gave us peace of mind and was so easy. 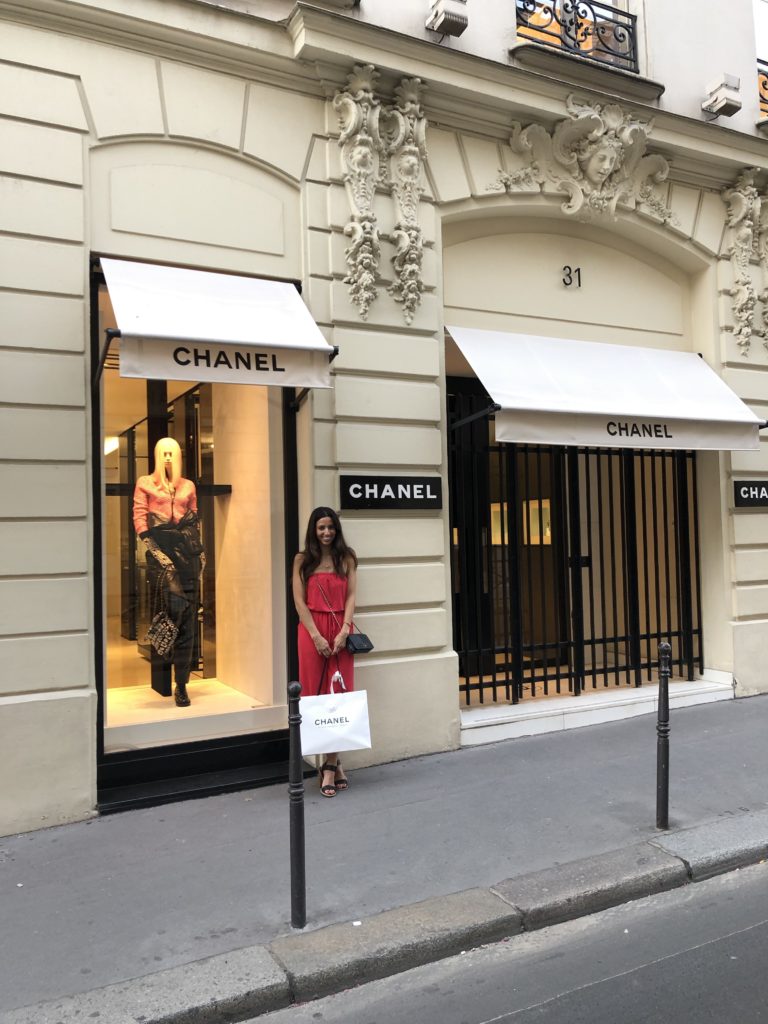 My biggest piece of advice when planning a Europe trip is… to just HAVE FUN. It can be super overwhelming. In the grand scheme of things- flights, hotels, and some tourist attractions are very important to book ahead of time, but the rest of the planning can (and should be) totally relaxed.

Even if you don’t get the reservations you wish you had, there is plenty to choose from, and you’ll want your planning process to come with good memories, not stressed out ones.

Chris and I planned nights in, where we made a charcuterie board and drank French rosé while planning our activities for the trip. Keep it fun and lighthearted and it will be a lot easier!

Let me know if you guys have questions about specifics or comments on how you planned your trip!

Make sure this account has posts available on instagram.com.